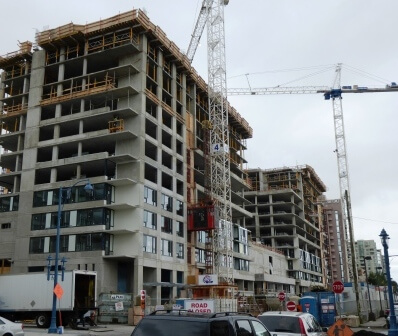 Is this dip in price a blip, a soft landing, or the bursting of a bubble?

The Real Estate Board of Greater Vancouver home sales data showed a drop of 35% to 1,966 in October compared to the 3,022 sales recorded a year ago. Total sales for the month showed a 23% rebound from 1,595 sales recorded the previous month. Read the full report here.

Home sales via Canadian MLS® Systems edged back by 1.6% in October 2018. Although activity was stronger compared to the first half of 2018, it remained below monthly levels recorded since early 2014. Total Greater Vancouver home sales had been in decline since 2015, with each successive year posting weaker sales. 2018 is expected to register much lower home sales than 2017 for Greater Vancouver and the Fraser Valley.

Rising interest rates have prompted the Federal Government pushing for tighter credit standards and Canadian banks adopting more stringent under-writing conditions for home loan applications. The stress testing imposed by Canada’s banking regulator had resulted in many borrowers not able to qualify for the loans they needed for their home purchases.

After reaching peak sales of 42,326 units in 2015, buying interest for Greater Vancouver detached homes took a dive, taking sales down 15% and 21% in 2016 and 2017 respectively. Adding the projected November and December sales of 1,142 units to January to October 2018 total sales of 6,678 homes, 2018 would record 7,820* homes sold, representing 32% fewer detached homes sold compared to 2017. Multi-family townhomes and condos are experiencing slower sales, with both showing accelerated sales decline in the second half of 2018.

*projection by addding 2 months sales of 1,142 homes (average monthly sale based on August, September and October sales of 567, 508 and 637 homes respectively).

Higher mortgage rates combined with BC government’s housing policies for non-residents and vacancy tax, have resulted in total home sales tumbling to multiyear lows in Greater Vancouver and Fraser Valley. All the above factors have a negetive effect on home sales, resulting in higher supply and lower demand, thereby drving down home prices.

Multi-family townhome and condo prices are showing signs of rolling over, and if their sales continue to decline, they could follow the price decline as seen for detached homes.

The material tightening in credit conditions the past 12 months has already taken a lot of velocity out of the housing market that is in decline, and looks to be continuing into decline.

An analyst at Eitel Economics, using a technical-analysis technique commonly used for stock-market analysis was predicting a 23% drop in Vancouver's detached home price from its $1.83M peak to bottom out around $1.4M sometime in 2020 or 2021 (taking 2 to 3 years to hit the bottom of the housing downturn). Read the full article here.

Effective January 2 2017, the People’s Bank of China (PBoC) and The State Administration of Foreign Exchange (SAFE) required their citizens exchanging currency greater than ¥200,000 (US$29,000) to provide a declaration to explain the acceptable use of the money. Exchanging currency is now prohibited for buying bonds, “insurance-type” products and real estate. The yearly limit to convert up to US$50,000 per year, per person remains.

New regulations now prohibit the exchange of yuan for real estate, making it tricky to get Chinese Yuan currency into foreign markets. Without Chinese yuan conversion, Chinese buyers won’t be able to continue driving home prices, and could have trouble paying for existing property.

New penalties for lying, or lending one's yearly allowance were also rolled where violators of the policies are now subject to a 3 year ban, and an investigation for money laundering - getting money out of China without an approved use.

According to the statistics compiled on OECD member countries, Canada has the highest household debt level as a per cent of GDP in the world. And, like every other advanced countries, we are going through incremental interest rate hikes because of higher international cost of capital.

MLA  Advisory, a real estate marketing company, released its most recent insight for Greater Vancouver’s presale housing market, highlighting October as a busy month with the release of 21 presale projects with 2,400 units, compared to October 2017 release of 22 projects with over 1,800 homes. View report here.

In a declining housing market and tightened lending standards, the flow of credit to the housing market is curtailed. Many marginal presale home buyers will have difficulties to get financinng to complete their purchases.

They may not be approved for the loans they needed, or they may be approved for much lower loan amounts for their purchases. These borrowers will have to make the difficult choice, either to stump up the extra cash if they have the excess money, or force to sell their presale homes in a hurry. If this happens en masse, presale home prices can spiral down very quickly.

Will the current dip in price just a blip, a soft landing, or the bursting of a bubble? We will see.